As the ban on aid agencies operating in Zimbabwe is lifted, the Methodist Relief and Development Fund (MRDF) is supporting an appeal by ACT International that will deliver food and agricultural support to some of the country’s most vulnerable people.

Over 2 million people were in need of urgent food supplies when the Zimbabwean government ordered all aid agencies to suspend their humanitarian and development work on June 4. The ban only worsened an already desperate situation in a country with growing political instability, 85% of the population out of work and inflation levels that were spiralling out of control.

Amanda Norman, MRDF Supporter Relations Director, said: ‘We might think that the financial situation in Britain is grim, but the economic disaster faced by those in Zimbabwe puts things well and truly into perspective. Millions of Zimbabweans have been caught up in this complex humanitarian crisis and it’s hard to know how to even begin to make a difference. This appeal enables us to work with others to alleviate some of the suffering in the short term, and empower people to begin rebuilding their lives.’

It is estimated that nearly 4 million people could go hungry in October, with this number peaking at 5 million between January and March 2009. Now that the ban has been lifted, many will now be able to access much-needed food supplies.

The appeal through Action by Churches Together (ACT) will distribute monthly food rations of maize, cooking oil and beans to over 26,000 people in some of the most vulnerable communities. Farmers will be able to rebuild their livelihoods thanks to the provision of seeds, fertilisers and training in conservation farming that will help them to guard against the impact of drought.

Donations to MRDF’s appeal for Zimbabwe can be made by debit or credit card on 020 7224 4814, or by cheque, payable to “MRDF (Zimbabwe emergency)”, posted to MRDF, Methodist Church House, 25 Marylebone Road, London, NW1 5JR.

Taxpayers are encouraged to gift aid their donations where possible, adding a value of 28p to every pound they give, at no extra personal cost.

Thanks for this Olive. I will also blog something and send something to this appeal.

Good, Sally. This is not before time for the Zimbabwe people have suffered for far too long. 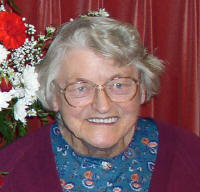